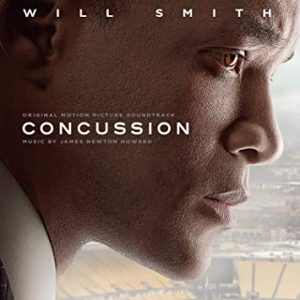 Dr Bennet Omalu in the Film Concussion (2015): “All of these animals have shock absorbers built into their bodies. The woodpecker’s tongue extends through the back of the mouth out of the nostril, encircling the entire cranium. It is the anatomical equivalent of a safety belt for its brain.
Human beings? Not a single piece of our anatomy protects us from those types of collisions. A human being will get concussed at sixty G’s. A common head-to-head contact on a football field? One hundred G’s. God did not intend for us to play football.”

I started my professional rugby career shortly after I left high school nearly twenty years ago. The game that I started, compared to the one that I retired from nearly two years ago, were like distant relations. Both games were in the same family, but with completely different priorities. One was filled with the remnants of lofty amateur ideals, the other a frequently brutally physical professional beast.

It has long been documented that the physical impact of rugby has increased over the last ten years. Bodies have got bigger, and in turn, quicker, leading to bigger hits that thrill the crowds. As the game evolved, every player understood that superior defensive technique became an essential part of your armory.

Since moving to Texas, I have become fascinated with the tackle in football. Moving to this state, it is impossible not to, the game seems to become the rhythmic heartbeat of its cities and towns. The dynamic nature of the game invites a myriad of physical hits to stop the opposition advancing on the field by any means necessary. A linebacker’s helmet is often as effective a weapon as their shoulder or forearm.

Defensive coaches at every level are under intense scrutiny to stop the opposition’s offense at any cost whatsoever, even with the helmet. Yet, as the pendulum swings towards the debate on player safety, the discussion on effective tackle techniques that don’t involve head-on-head contact remains.

This piece is not mandating that all helmet-to-helmet contact should disappear from football, especially at the elite level. The game’s intense nature ensures that this may well be an inevitability. However, I am proposing broadening the defensive playbook a few pages to learn other tackling regimes from other sports, in my case, rugby.

In rugby, there is a feeling that regardless of the physical size or natural strength of the player, with proper technique and courage, they can knock any player backwards. By lining up your feet correctly, driving your shoulder effectively and using a player’s balance, any player regardless of their supposed disadvantages can dominate a collision.

On rugby pitches throughout the world, young children are instilled with tackling technique before they are allowed to touch the ball, with New Zealand perhaps being the world leader in this regard. Young children are taught where to place their head to ensure that they are safe, and to use their shoulder to drive the opposition player back.

Progressing through rugby as you get older, effective shoulder tackling can become instinctual. Like a rote learned physics equation from your old high school textbook, you understand that if a certain force is applied to certain area, it can make the physically superior sized body travel where you want it to, reaping rewards in the game while largely ensuring both players’ safety.

In youth football, I firmly believe that there is a need to implement new tackle techniques, not only as a mode to ensure superior player safety, but also to a give a wider range of options for the defense, for both player and coach. The sooner the younger player is taught the better, and at a young age, this range of tackling techniques can be imprinted on their motor reflexes before they play full-contact football.

The game of football is at a defensive precipice that does not need to be feared, instead, it needs to be embraced. By teaching youth players a range of effective shoulder tackling techniques, coaches are giving each player a wider range of defensive options that can help them flourish in the game for many years to come.

Football is an intrinsic part of Texas life, and a valued one. The physical nature of this game ensures that young children learn the value of hard work, sacrifice and camaraderie with their team mates. These things are sacrosanct, and will not be lost in the debate for more effective shoulder tackling. For those of us who love the game, and want to make sure that our children share a bright future within it, there are only possibilities.

5 techniques for safe and effective tackling

Are you a parent or coach who wants to make sure your young athlete is being taught the safest and most effective tackling techniques?

Then SIGN UP to our newsletter to get regular tips, and stay up to date with our classes and camps!