Former professional rugby player Roger Wilson pledged his brain to the Concussion Legacy Foundation to support research on concussions and CTE. When Wilson heard about the VA-BU-CLF Brain Bank’s research on the relationship between sports and brain trauma, he didn’t hesitate to pledge.

“More people should be aware that you can pledge to donate your brain to research,” Wilson said. “Without research, we can’t make educated decisions about our sports. I think it’s the duty of players, not just ex-pro athletes, to step up and contribute to research to allow people to make better decisions.”

Wilson spent 15 years as a top-tier professional rugby player, more than double the career length for most of his teammates and opponents. He was born into a rugby family in Belfast, Northern Ireland, started playing at age six, and worked his way up to represent his country on the Irish national team like his grandfather and uncles before him. 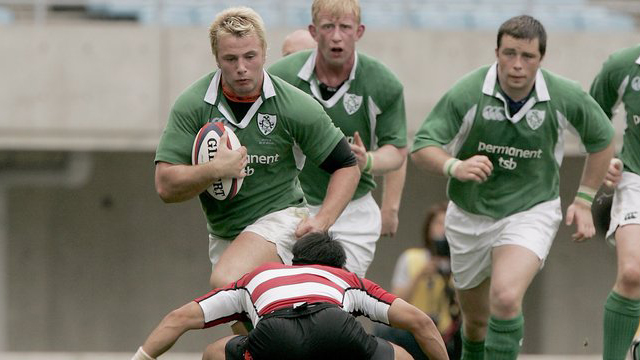 As Wilson traveled the globe for Ireland and premiere rugby teams like Ulster and the Northampton Saints, concussions and the long-term impact of brain trauma were not a major concern.

“When you’re playing professional rugby, that’s your lifestyle and your income and your livelihood. You don’t really think too much about brain trauma,” said Wilson. “You’re just focused on getting picked for the team and performing at your maximum.”

In recent years, a global conversation has emerged on brain trauma within rugby. In 2018, the Concussion Legacy Foundation launched the CLF Global Brain Bank to study the brains of former contact sport athletes for CTE. Australian rugby icons Ian Roberts and Peter FitzSimons pledged their brains to support the research. Several other Australian rugby legends went public with cognitive issues they’ve been told are related to their years of hits to the head playing rugby.

Fortunately, Wilson left rugby feeling healthy and without a dramatic concussion history. Reflecting on his retirement in 2017, Wilson said, “I had played such a long career and I was able to finish on my terms, which a lot of players don’t get to do. I was able to play in the very last game of the season, score a try, and get awarded Man of the Match before taking my young son on the field for a lap of honor. In many ways it was a fairytale ending to a long career.” Nonetheless, Wilson knows many athletes aren’t as fortunate and wants to give back to rugby by contributing to research.

Pledge to donate your brain

“Concussion is something nobody talked about 20 years ago, but thanks to research people are more aware of certain dangers. It’s a bit like the anti-smoking campaign and issues with tobacco. It was only when people realized how bad it could be for you that something was done about it.”

Wilson expects mixed reactions to the news of his brain pledge from rugby fans and former teammates in Ireland. The issue of concussions in rugby has been widely reported in recent years and many people embrace changes to address the danger; however, Wilson anticipates some still won’t understand his enthusiasm to support research and might view it as a part of a larger attack on their beloved sport.

“Where people might ask why I want to pledge my brain, my answer is ‘why not?’” said Wilson. “People may worry this type of research will lead to the demise of contact sports, but we can only make educated decisions if we know the truth. Why would you not want to know the truth?” Wilson hopes that by pledging to donate his brain he can help raise awareness about the need for more concussion education and research. 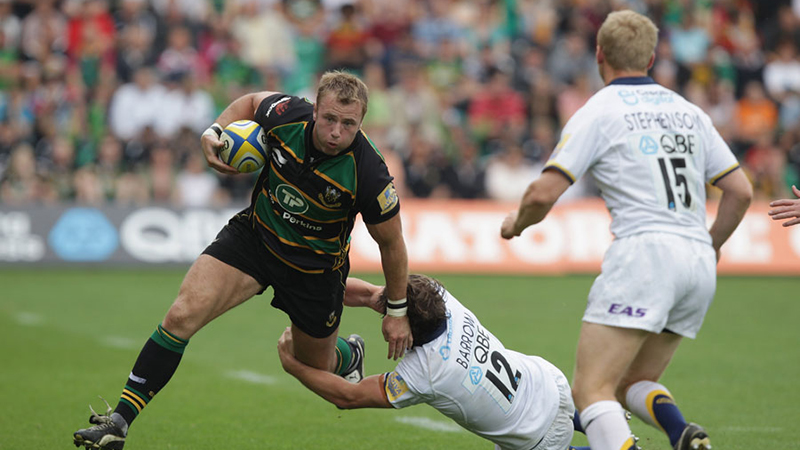 One famous case in Northern Ireland illustrates, to Wilson, the danger of inaction. Ben Robinson, a 14-year-old boy in Belfast, continued playing in a rugby game despite showing clear signs of a concussion. Robinson collapsed and died from second-impact syndrome. After the tragedy, Robinson’s family boldly advocated for change, and his story led to new regulations in the UK. “We have to recognize the risks,” Wilson said. “People can’t bury their head in the sand. There are families who have gone through real, preventable trauma that we can’t forget about.”

Wilson’s passion as a concussion advocate emerged from intersecting life experiences. A new career, several years’ perspective on life as a professional athlete, and two young children impacted the way he viewed contact sports. “It was only when I retired, and we started a family—we have a young boy who is probably going to get into sports in a year or two—that my conscience changed a little bit and I started thinking about concussion.” 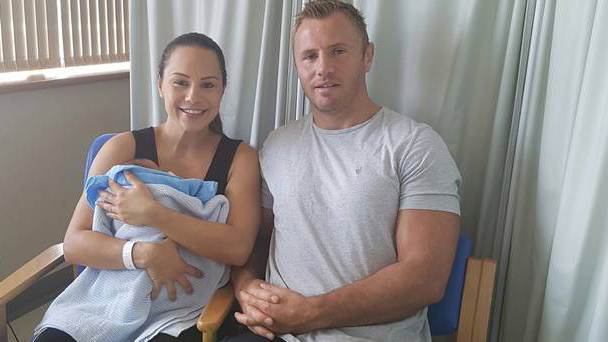 Now, Wilson makes his living teaching the tackling techniques he learned playing rugby to American football players in Dallas, Texas. His knowledge about intentional collisions, coupled with a Master’s in Performance Science that he earned in Ireland, has shaped his efforts to mitigate concussion risk.

Wilson’s new brain donor card will undoubtedly spark conversations among the athletes he played alongside and against. With luck, it will inspire more athletes to follow his lead and act to make their sports safer.

Click here to join Wilson and pledge your brain.