After 14 years in professional rugby, Roger Wilson decided to pack up his bags and move his young family to Dallas, Texas.

Wilson had spent four years in England with the Northampton Saints between 2008 and 2012 but this was a much bigger move to a much different place to his native Belfast.

“It was a lifetstyle decision,” said Wilson.

“We narrowed it down to a few different places around Texas, mainly for lifetstyle, cost of living, good job opportunities, good place to raise a family and all that sort of stuff.” 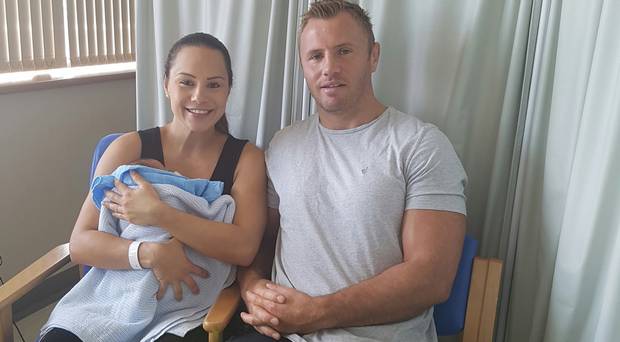 Wilson and his partner Nathalia Melo-Wilson, a Brazilian native with American citizenship, went through the initial struggles that almost every couple endures after emigrating.

But after a while they developed a routine and found a rhythm in their newfound home and Wilson found some work with Michael Johnson Performance, a training center started by former Olympic sprinter Michael Johnson.

Wilson leaned on his Master’s in Performance Science degree from Setanta College as he looked set to embark on a new career in strength and conditioning but the exposure of American Football was almost unavoidable in Dallas.

“The weekend’s are just packed with football. On Friday night all the high school teams play, you’ve got the colleges on Saturday and then the pros on Sunday. It’s pretty tough to avoid.”

Wilson looked on from a distance with a watchful eye but he quickly started to notice some pretty worrying trends in the sport, particularly at an underage level.

“The thing that pricked my ears up the most was that the participation rate in youth American Football has been on the decline for the last few years.

“Having a son that could potentially get into something like that over the next few years I saw how big of a problem that could be and the concussion issue is a really hot topic here.

“A lot of parents aren’t happy with their kids going into it because of the risk of concussion and all that can lead to so I started to ask some of the athletes at the performance centre what way they actually tackle. 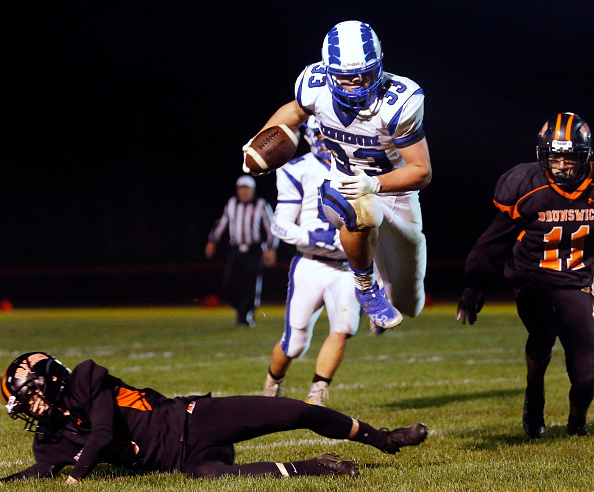 “I remember one of the guys showing me and they literally run at each other head first with their head planted into the chest of the opposition. Straight on.

“Chatting to a lot of them I tried to explain that in rugby you’re taught from an early age to tackle with your shoulder, get your head out of the way and people were saying to me it’s a ‘no brainer’ and that I should try and do something about it because if the participation rate keeps dropping there’s going to be further issues down the line.”

Participation in high school football in America peaked in 2008 at 1.11 million athletes, and then declined almost 5 percent to 1.06 million players by 2017 according to a researchers report in JAMA Pediatrics.

Study co-author Dr. Chris Feudtner said that the decline in participation is associated with media attention focused on concussions or brain injuries among football players and that there is a large shift in behavior likely due to media coverage.

Of course, there is no smoke without fire, and Wilson is seeing first-hand the cycle that the sport is stuck in.

Underage coaches are not paying enough attention to detail to good technique, underage players are asking him about how many concussions he suffered in his own career, while some view the issue itself as a ‘badge of honour’.

Meanwhile he’s hearing stories of ex-NFL players struggling with the very real effects that decades of playing American Football can have on the brain.

Wilson saw what was happening in the sport and moved to set up Tackle Smart Sports, a coaching and analysis business aimed to help players learn, develop and execute, safer and more effective tackle techniques. 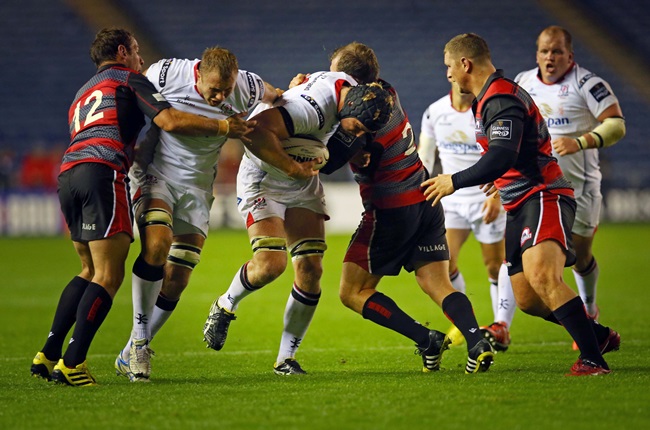 Wilson will aim to work with kids under the age of 14, where he will divide coaching into three areas; team training, small groups and individuals in one on one tackling.

He hopes to help kids learn the right technique from a young age and help shift a culture around concussion, sport and toughness, a shift he has made himself since retiring from professional rugby.

“I’ve got to hold my hand up,” said Wilson when asked for his thoughts on the clamour around professional rugby and harsh penalties for contact with the head.

“My reaction was always, especially when I was still playing, was that this was crazy. This is too much, it’s making the game soft and it’s ruining it. “But I sit back now and look at that trial with the nipple line in the RFU Championship Cup and it is just a trial. The people in power aren’t stupid. They’re not going to completely transform the game, you can’t take the tackle out of the game but you have to assess the possibility of trialing these things.

“It may work, it may not work, but you have to look at how much rugby has changed with regards to stamping and spear tackling. It’s unimaginable now but I don’t think the game will become soft. The bottom line is to try and make the game safer.

“Everyone is entitled to their own opinion. I’m all up for trials but you’re going to get frustrations along the way.”

Wilson still keeps an eye on Ulster and is happy with their strong start to the season after what has been a torrid couple of years for the club.

He’s glad to see the young players in the squad step up and play meaningful minutes for the province while he helps even younger players tackle similar issues in a new country from afar.